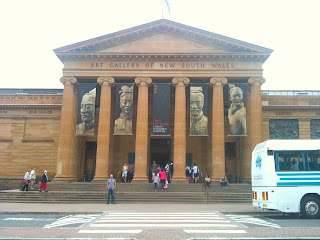 Yesterday we visited the Art Gallery of New South Wales in Sydney where they had a fascinating exhibit on display, The Ancient Chinese Terracotta Army. Life size and extremely ancient, these figures, dating from 210 BC, were discovered in 1974 by some local farmers in Lintong District, Xi'an, Shaanxi province in China. These Terracotta warriors were placed in large pits near the Mausoleum of...
Prev POST
Next Post