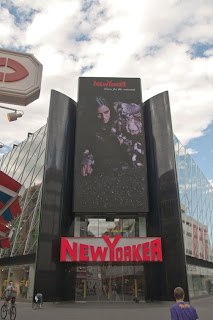 Bonjour from France, where my fashion-model sister, Donna Feldman is featured on a central Paris billboard of the popular German based clothing chain, New Yorker.  The campaign's photos were taken in a castle in Hannover Germany, check out the behind the scenes video of the photo shoot for this campaign,
click here to see the video of castle shoot. 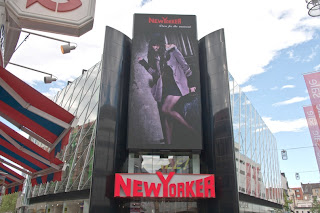